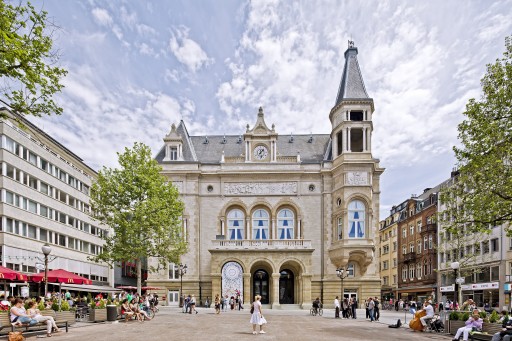 The exhibition “Borderlines” presents photographers who approach from a very personal angle the current crisis and its various components. “Borderlines” must be read as an expression of a crisis that reaches its climax as well as a reflection on boundaries. The rejection of the refugee, the identity crisis, the resignation or aggressiveness that economic chaos creates in certain countries, the generalized mistrust abroad – hence the need to monitor it – all these aspects are part of the discourses by various actors and direct it towards a violence that is still contained but more and more visible.
The work of Dimitris Michalakis shows the effects of the current crisis in Greece. Since 2009, a large part of the Greek people has been confronted with the consequences of a serious financial and economic crisis. Thousands of people, from long-term unemployed to shopkeepers who have lost their shops, depend on soup kitchens to survive. The number of people who committed suicide because of the crisis exceeds 4000. The streets of Athens and other Greek cities are sometimes crowded with thousands of demonstrators. Insecurity, fear, fatalism, resignation, rage and anger outweigh organization, collective and solidarity are its expressions.
Returning regularly to Hungary, the Luxembourg photographer Patrick Galbats continues his biographical quest on his Hungarian ancestors. His immersion in this part of his family, which never left Hungary, confronts him with the present history but also with the Nazi past of Hungary, with the renewal of nationalism visible in the recent crisis caused by the refusal to accept Refugees on its territory. His photograph shows signs and symbols that destabilize the autobiographical narrative by revealing nationalist nostalgia and fascist revival in seemingly innocent landscapes or interiors.
Hungarian photographer Balázs Deim looks at today’s urban society and its surveillance cameras, these invisible “instances” of control, signs of a new reality. Deim installs in the public space a “camera obscura”, in the very places where the surveillance cameras are installed, to catch the movements of the passers-by. Due to a very long exposure time (several weeks), people or moving vehicles disappeared from the photo surface leaving only the empty spaces. The images produced are part of the negation of the surveillance cameras of the authorities, which focus on people and action.
Martin Kollar spent some time in Israel. His pictures reflect an experience he describes as almost paranoid. His travels in the country and the frequent checks he has been subjected to have reminded him of the memories of his childhood which he passed behind the Iron Curtain during the “normalization” of communist Czechoslovakia. ;
“In a certain way,” he wrote, “I found myself in my psychic past where – as under the Communist regime – the Israeli security police recorded my movements, inspected my computer, checked my papers.” Kollar’s photograph Must therefore be read as a mirror of his tensions and anxieties that project on the objects and decors captured by the objective of his camera. The discomfort is visible, palpable beyond what is shown.
The photographic work of Florian Rainer examines the year 2015 and the crisis that the rejection of the German government’s strategy to generously welcome the refugees has generated in the country. The photographs of “Fluchtwege” ( escape routs ) have been taken with the aim to show from another aesthetic point of view the transcontinental migratory movements. Rather than showing mass scenes – dramatic pictures of people arriving in Europe and struggling to cross the borders and check points set up by the states – the photographer shows frequently more serene images of human beings reaching the first country who is willing to offer them asylum. A book accompanies this work consisting of essays and articles by renowned Austrian writers and journalists – working for free – covering the events of autumn 2015.

Julian Röder worked as an agency photographer. His aesthetic refuses the current sensationalism and takes rather political position through an aesthetically pleasing documentary style. His work highlights the dark undercuts of neoliberal societies and the fatal tangles of power and economy. Thus in the photos covering the International Defense Exhibition in Abu Dhabi where the military industry presents advanced defense technologies. Röder gives a convincing, ironic, and distressing insight into a world where vigorous commerce transforms even the heavy machinery of murder into shiny merchandise (World of Warfare Series, 2011).

The exhibition is the outcome of an international collaboration of Café-Crème asbl, withe the EMOP (European Month of photography asbl) network under the title “Looking for the Clouds“. Four additional exhibitions of this project can be seen in Luxembourg at the Mudam, the Casino, the Mnha and the Villa Vauban.