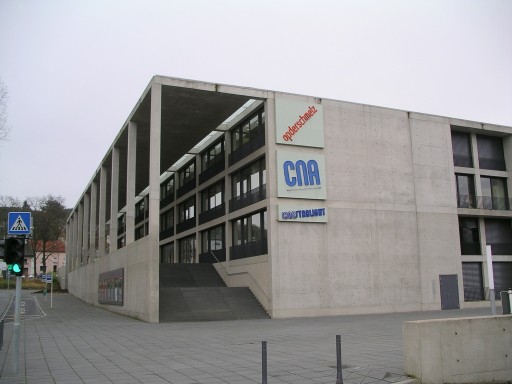 NEOs, through the visible remains of our era, proposes a visual hypothesis as to what the forthcoming “Capitalist space” might resemble, an object too close to the Earth to be seen from the right distance. Ezio D’Agostino
In the course of his 2017 to 2018 residency, Ezio D’Agostino spent several weeks in Luxembourg and researched the economic and technological history of the country to question the very notion of development and progress from a given context.
He visited the symbolic and structural sites in the history of the country’s development, exploring them through the prism of their different temporal phases: from Luxembourg’s steel industry past, to its financial services industry present, and on to its future with the SpaceResources space programme which aims to provide a framework for the study and mining of resources on near-Earth objects.
The visual universe he develops borrows from abstraction to create a language of signs and forms, that ingeniously takes shape from an elementary, formal, photographic repertoire: choice of black and white, play of contrasts, depths, framing and scale.