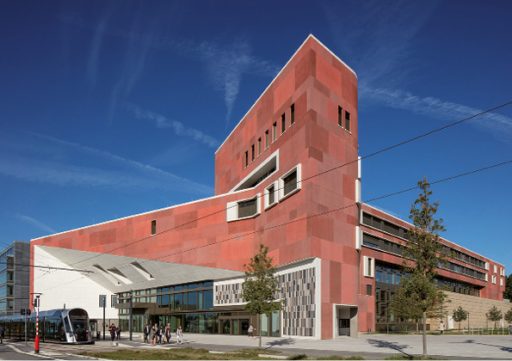 Views of Luxembourg and the “Orient” Francis Frith and Victorian Photography The National Library of Luxembourg presents two very different sceneries photographed in the 19th century related to Francis Frith: the picturesque neighbourhoods of Luxembourg, a small country in Europe, and the grand archaeological sites in the mysterious distant ‘Orient’. Through Frith’s essays and quotes, we discover in our exhibition the photographer’s concept, the difficulties presented by the new medium and the context in which the exhibited images were produced.
Francis Frith (1822-1898) gained enormous fame in Great Britain during the mid-19th century, thanks to the photos he brought back from his three trips to the Orient between 1856 and 1860. Egyptomania had gripped Victorian society, the excavation of archaeological sites aroused great interest and in 1854, the public flocked to see the Egyptian Court at the Crystal Palace in Sydenham. In Luxembourg, “an Englishman named Simpson, who works for Francis Frith, takes eleven views of the capital. These views can be found pasted in illustrated books sold under the title Frith’s photographs, without mentioning the name of the author of the photographs. The Luxembourg printer-bookseller Pierre Bruck, in turn, acquires them and then sells them [either] individually, mounted or not on Bristol cardboard, in three different formats, or together in an album, always without indicating the name of the photographer.