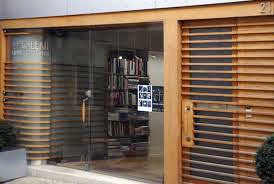 Giacomo Costa uses digital technology to generate futuristic urban landscapes. The products are fantastic and apocalyptic images that draw their aesthetics from the field of science-fiction, where architecture plays a fundamental role.
Pulverised landscapes and detached structures housing anonymous cities are recurring themes in the artist’s series – a metaphor of the “depersonalisation” that we face every day in big contemporary metropolises.
These postmodern, almost surreal, landscapes, playing with a richness of detail and infinite expanses, distinguish themselves through their ephemeral character and their degradation. In select images, the recall of constructivism emphasises this impression.
The spectator is warned on two levels : if he doesn’t want to get lost in the unreal compositions of the artist, he has to decipher the elements that present themselves to him. Furthermore, he is invited to rethink today’s world, while also being conscious of the influence human behaviour has on the environment and the consequences that are linked to this.
The works of the series “Scena” and “Veduta” clearly highlight this idea, while “Secret Garden” revolves around a nature that reclaims its rights to an architecture designed by man.
In each series the symbiosis between beauty and degradation fascinates and provokes.
In his current work “Traces” Giacomo Costa makes use of the same ideas, but he also includes letters and phrases that represent and complete the disposition of the architectural structures.
These quotes can be interpreted as the last “traces” of man, the heritage of humanity to a planet already deserted.
The series follow a unifying scheme : all the images are divided by a clearly marked horizontal line. This dualism splits light and shadow, reality and chaos and creates an atmosphere typical for Costa’s works : it is the playful interaction between decadence, aestheticism and intellectual demand that define his art.